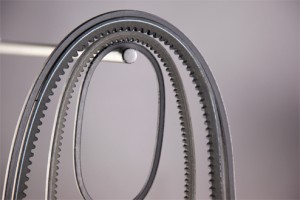 Cog belts are common throughout many industries, but they’re really “driving” growth in one industry in particular: automotive. According to Market Watch, the market for automotive timing belts is expected to grow 4.3 percent from 2014 to 2019.

That’s because the cog belt is the workhorse, the power house of the belt world. A good cog belt works more efficiently than a smooth belt because the teeth cling to the cogs. There’s less slipping, more tension transferred from the belt to the cogs with less effort.

But while automotive cog belts do make up the largest portion and fastest-growing market segment, other industries use cog belts too. The commercial garment industry, for example, uses them in sewing machines, as do home machine. Photocopiers, printing machines and other large-scale presses use cog belts. They are used in many other manufacturing and industrial applications where the cog belts ability to provide less slipping is critical.

When you need replacement cog belts, come to Twin City Filter Service. We stock a wide range of cog belts for various applications. If we don’t have what you need in stock, we can order it in for you.